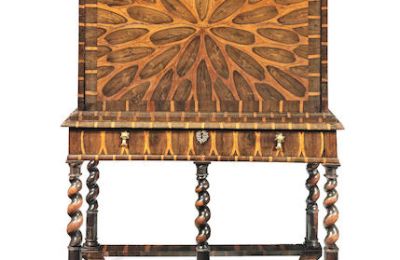 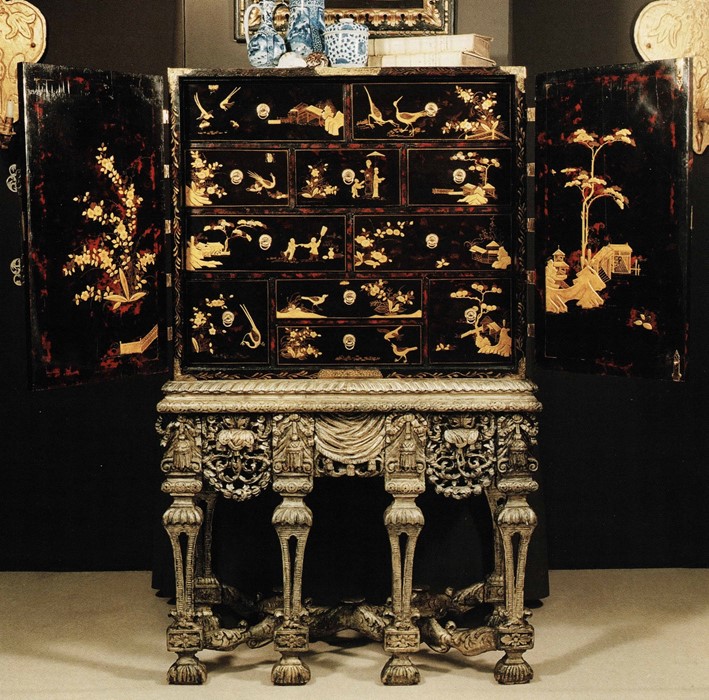 Late 17th Century William and Mary lacquered cabinet on stand with chinoiserie ornithological scenes. This is highly unusual in having its original silvered stand, which are almost always lost or broken. Estimated £6,000 - 8,000.

A highly-impressive Charles II cocus-wood, veneered on oak, chest on stand, c. 1665. This is another rarity in having survived with the original stand since the mid 17th century. Estimated £20,000 - 30,000. 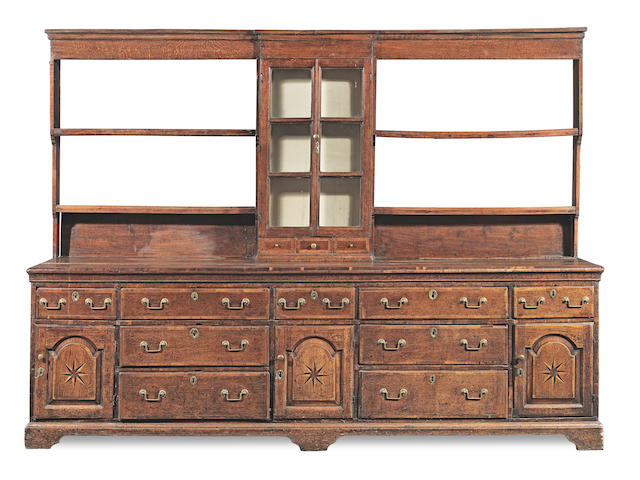 An extremely large George III joined oak and inlaid dresser, from the Midlands, c. 1790. Who needs a fitted kitchen when you can have this vast piece of 18th century oak! The three fielded panels each have an inlaid star and there is enough storage space for anyone. Estimated £4,000 - 6,000.